Showbiz couple, Tunde and Wunmi Obe popularly called T.W.O, who just recently celebrated their 20th wedding anniversary 30 years of friendship, will in August roll out the drums in celebration of their 20 years of blissful marriage, 30 years in music and also Tunde’s 50th birthday.

The pair share with Entertainer the exciting journey of their life and career, how they have managed to stay off controversies in their music career and marital lives.

How have you been able to stay together as a couple for 20 years and also a musical duo for 30 years?

Tunde: When we first came together, it was more like a professional relationship; later we found out that we had a connection. I think the point of attraction then was that we both recently lost our fathers. And our fathers were like the main breadwinners in our families, and a lot of people could not understand this. When you are used to a certain lifestyle and then you lose a parent, things change. We both understood that and connected at that level, and then we realised that we had more common interest other than music; we started finding excuses to rehearse vocally on our own, which is professional. But half of the time, we were talking our own things and things progressed from there. Why I am giving you this background is to let you know that we didn’t purposely juggle anything. The friendship happened naturally and this was due to the talent we shared. If we have been together for thirty years, which means that I was 20 when we met, that means I have known her almost half of my life. So, for me being with her is beyond reason; there is a genuine friendship and I think that is what it is. Our marriage is based on friendship first before any infatuation or love. Love is important but friendship and the respect we have for each other is what has kept us together for these years.

How long did it take you to write the song, Without Your Love?

Wunmi: I can’t say because that is a remix, we just wanted to bring in the remix… and if you listen to it, it was my opportunity to rap (laughs). I have been doing that right from when I was a teenager, but when the Bados came to town, I had to step back. So, for old time sake, what we did was to modify the rap because the rap was there to begin with. So, we changed the music to meet up with what is trending today. It didn’t take too long.

If you were not singers, what would you have done?

Wunmi: I am a woman of many parts. If you asked me when I was about 10-years-old what I wanted to be, I would tell you ‘aircraft engineer’; that is aeronautic engineer. But when I got to secondary school, physics and mathematics came, I then realised this wasn’t a good idea. Then I wanted to be a lawyer, which probably was what I would have been. But today, I am a serial entrepreneur and artiste.

Tunde: For me, I would have ended up doing what my father did. I always loved the art of negotiation. I always loved the opportunity to defend and sell my country to the rest of the world. Or public relations because that is another strength that I have, I think I have natural abilities in that area. Communication is also another strong skill that I have; maybe I would probably be in that area. Wunmi is more of the serial entrepreneur and she has a new business every month.

Was there any incident that could have split T.W.O musically? 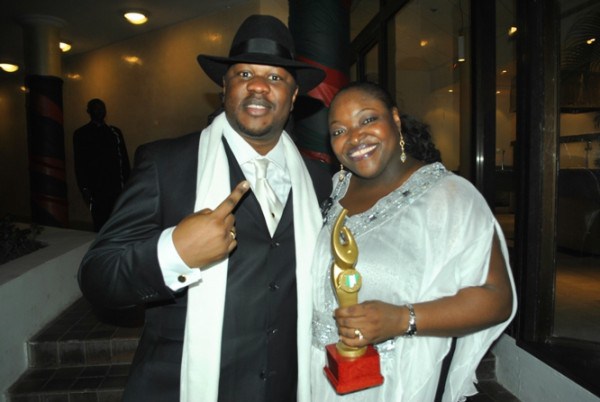 Tunde: I understand why you are asking me that question, it’s because a lot of groups have split up. Except somebody else can come up with a better group, I think T.W.O is the oldest group in Nigeria. I don’t think there is any other group that has stayed long together like we have stayed. For instance, people would say it is because we are married, that is why the group is still intact. But since twins can break up, I don’t think that’s an excuse. Anything musical that concerns two people, whether you are married, siblings or best friends, it is the coming together of totally different ideologies and ideas. The way we deal with it is that we respect each other’s talent and space. If we put together a beat and we have made up our minds on the direction to go, we’ll agree on the topic. Once we agree on that, it means don’t touch my side, I won’t touch your side. When we meet in the studio, you do your thing and I do my thing. It is a healthy rivalry and healthy competition. We are both striving for excellence, so we find out a lot of time that if I write something that she doesn’t agree with, she will tell me, and the same for me too because it is all the same product. Then we will start tweaking until we come out with something good. I think for me, the biggest frustration I have is that there are lots of songs that we write that we really want to put out; or we really want a commercial appeal for. We have so many songs and I am sure those who are following our career can testify to this.

Tunde: It means a great deal. My father died at 46 and Wunmi’s father died at 49. So, I have outlived both our parents and for me it is a major thing. When there is life there is hope. I am glad I am here. For the thirty years of T.W.O, I want to assure you that Wunmi and I have never put separation or divorce on the table. It is not something we will ever discuss. Although, we have our differences, we have never invited a second party to settle anything between us. We sit down and talk until we find solutions to our problems. The love, respect and friendship that we share will always conquer any disagreement that comes up. Fifty years is a milestone and we are happy. Thirty years is a lot for a musical group and twenty years is a lot for a marriage too and we are wishing for many more years to come.

Tunde: Our first child, Monisayo is the one that has the artistic tendencies, but we want her to finish her education. Luckily for us, she is in the university now and when she is done, we will be her manager (laughs).

How did your late brother, Wale, influence you; especially musically and how has his death affected you?

Wunmi: I would rather say that he probably laid the foundation for me, because when I was young, like six or seven years, he was crazy about music. He was always coming home with new records and would call me, his little sister, to come and listen to this and that music. Also, he would ask me how I felt about a particular music. He always wanted my opinion on a particular music and if I didn’t like it, I won’t say no because he was my elder brother. When I turned 12 or 13, he had this acoustic guitar he used to play, and he taught me how to play the bass guitar. Every chance he had he was always influencing me musically. When he was studying in the United States, we went to spend some time with him during the holidays in 1985. And because I came over there, he went out to buy musical equipment like drums, keyboard, and guitar. There were some guys that were rappers then, he brought us all together and we were always practicing. So, he really influenced me musically; he encouraged and gave me the opportunity to discover myself. On his passing, let me say I am still coming to terms with that. But the Lord is my strength. I am just praying that with time, this too will pass.

READ ALSO! “Can He Carry My Load?” Nollywood Regina Daniels Recounts How A Boy Selling Cherry Asked Her Out